Good news for homeowners struggling to make their mortgage payments!

In a past post, I talked about the possible struggles of getting a forbearance and having a large sum due or larger mortgage payment to repay your missed payments.

The news released on Monday is GREAT NEWS, but we still need to keep in mind that if you plan to refiance or get a new mortgage in the near future, the forbearance may prevent you from getting approved.

Fannie Mae and Freddie Mac stated “homeowner’s in forbearance plan DO NOT have to repay their deferred payments in a “lump sum” at the end of the forbearance agreement.

“Fannie Mae and Freddie Mac each issued a statement Monday, reiterating that borrowers are not required to repay their missed payments all at once when their forbearance period ends”.

Recent data shows that there are nearly 3.4 million borrowers already in forbearance as the virus shutdown continues to impact the economy.

But, there is a growing concern about what happens when the forbearance is over and how the missed payments are to be repaid by the borrower.

Borrowers are confused about their options because of what their loan servicer told them.  Many have been told that the total lump sum is due.  But now, that is not the case, according to the two biggest sources of mortgage financing in the country.

The issue seems to stem from the lack of clarity in the CARES Act about what happens when a borrower’s forbearance period ends.

The CARES Act stipulates: A borrower whose mortgage is backed by either the government, (FHA) or GSEs (Fannie /Freddie) and who is experiencing a COVID “related” hardship can request AND MUST be granted forbearance of up to 180 days.

Find out if you mortgage is held by Fannie or Freddie

But the Act does not dictate what’s supposed to happen afterwards.

That’s led to confusion among borrowers and servicers, with some servicers apparently telling borrowers that they’ll need to repay their missed payments in full when their forbearance period ends.

That is an OPTION for repaying the missed payments, but not the only option, the GSEs said Monday.

“We want every homeowner, struggling because of Covid19 to know they have mortgage options,” Fannie Mae CEO Hugh Frater said in a statement.

“We do not require a homeowner to repay missed payments all at once at the end of the forbearance plan, unless they choose to do so.”

Those sentiments were echoed by Freddie Mac CEO David Brickman.

“Our policies offer a number of options to bring borrowers current, including repayment plans, resuming normal payments or lowering your monthly payment through a modification,” Brickman added.

The GSEs issued these statements in order to “combat ongoing misinformation,” the Federal Housing Finance Agency said in an accompanying statement.

“During this national health emergency, no one should be worried about losing their home,” FHFA Director Mark Calabria said in a statement.

“No lump sum is required at the end of a borrower’s forbearance plan for Enterprise-backed mortgages.”

GSEs offer several other options to repay your missed payments:

A repayment plan, which allows borrowers to catch up gradually in addition to paying regular monthly payments.

Payment Deferral or modification of the loan, to keep monthly payments consistent and add the borrower’s missed payments to the end of the loan.

Modification of the loan, to reduce a borrower’s original monthly payment amount.

According to the GSEs, servicers are required to reach out to borrowers in forbearance approximately 30 days before their initial forbearance period ends to discuss their repayment options.

As Calabria notes, the policies in place at the GSEs only apply to mortgages backed by the GSEs (Fannie /Freddie) themselves, but Calabria called on others in the mortgage business to adopt similar policies.

While this is great news, Calabria still has not announced any help or support for the non bank servicers. Which could lead to a Mortgage meltdown and the next housing crises

Read The Loan Servicer. The Next Housing Crises

Calabria also noted that the FHFA recently partnered with the CFPB to ensure that borrowers are getting accurate info about their forbearance options and to “address concerns noted in some consumer complaints.”

(However) The CFPB’s “wording” seemingly implies that some borrowers have already complained that their servicers “may not be giving them accurate info about their options” ” said FHFA Director Mark Calabria.

By now, unless you live under a rock, you heard Governor Gavin Newsom announcement on March 25:

OK, that’s great, right? Call your lender and get a forbearance and not pay our mortgage for the next 90 days. It can’t affect our credit YAY! Well hold on there!

Your lender has agreed to not report your missed or reduced payments to your credit report. That’s fine. Oh, but wait. What will it do?

“If you plan to do a refinance or sell and buy another home in the near future, say bye bye Felicia to your approval”

While there are different forbearance options. Most only defer your payment until the end of the agreed to forbearance period…NOT the end of your loan (they are not like a student loan forbearance…sorry).

Let’s look at a example. The homeowner has a monthly mortgage payment of $2,500.00 a month and has received a 90 day forbearance effective April 1st.

Let’s also talk about the flip of side of this. If millions of Americans stop paying their mortgages, what can happen. Well for one, and it’s a big one, Loan Servicing companies could go bankrupt and there is our new financial crisis which will trickle to the next housing crisis. I will talk more about that in my next blog. So be sure to subscribe to my blog to get email updates on new blogs posted here!

Here’s another trend I just heard about and I am very disgusted about. There are real estate agents trying to take advantage of this current crisis and are promoting “buy a house with me and make no payments for 6-12 months”. Ummm…can we say Ethics violation?

Let’s talk about the potential of being foreclosed and losing your home if you do get a forbearance and cannot pay the total amount or the new monthly payment.

If you think it will be like the Great Recession of 2008, you would be way off base. Today, the majority of homes have big time equity. In 2008 the lenders had no real leverage, they had to work out a new loan payment, short sale, etc with the homeowner.

Today, the lenders have the leverage, they can foreclose on you and sell your home for what you owed them and it’s a good deal for them. Not like 2008 when they foreclosed they took a big loss.

So you say, I will get the forbearance and if I can’t pay it back, I will sell my home, keep my equity and rent or buy something else. That’s great, if you can sell before the lender forecloses. While there is a process for lenders to foreclose in California, (average time to foreclose is around 6 months), That time frame may not be long enough. If millions of people have to sell because they can’t pay back the forbearance or work out a plan and they put their home up for sale, this could shift our market from the current sellers market to a buyers market. Which means homes will be on the market longer.

In conclusion, if you really are not in a position to keep your mortgage payments current, then you should call them and make some arrangements to avoid foreclosure. But make it your last resort if at all possible. And you do go for a forbearance, make sure you get and understand all the details and terms of the forbearance.

Buy a Home with no Loan Fees

When you use my service to buy a home and my Lending Partner, Gold Star Mortgage, for your loan, you will not be charged any lender fee!

That means you pay: 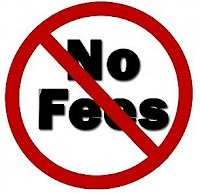 My Clients Save Money$! Contact us today to get started

Want to Save More Money on Your Home Purchase?  Ask me how we can get your loan approved before you even find a house! With a full approval you can compete with cash offers by offering a no-loan contingency offer. Call today for details 760-464-8138

This will save you a couple of thousand dollars in escrow and their process is easy and streamlined to help make the home buying process for my clients as stress free as possible.

Get Pre-Approved for Loan

Many buyers want to find a home before they start the hassle of looking for a lender. This can be huge mistake.

The purchase of your home is one of the largest and most important purchase of your life. Going to look at homes for sale might be fun and exciting, but you don’t want to find your “perfect home” only to find out that you won’t be able to qualify for it.

The process to buy a home includes getting a pre-approval which can provide you an idea of the price range you need to look in, saves you, the lender and the seller time.

The process to get a Pre-Approval includes:

The loan application will provide the lender all the information about you, including your full name, address, current employment, income, debts and assets. It’s important that you supply as much information as possible and as accurately as possible.

The lender will check your credit to determine your debt ratio. Most government backed loans have limits to the debt ratio the will accept. This is one the most important reasons to get a pre-approval. If something needs to be corrected or paid off to improve your debt ratio, then taking care of it before house shopping is the best way to go.

The lender will check employment status. Having the same job for at least two years to very desirable but not always needed to get a pre-approval. While not as easy, Self-employed and business owners can get a loan. Terms and approvals can be more difficult, so it’s best to sit down with a lender and work it all out.

VERY IMPORTANT: When you decide to talk to a lender to get approved for a loan…..Make sure it’s a PRE-APPROVAL and not a Pre-Qualification letter.

A Pre-qualification is simply a quick assessment on your ability to buy. The pre-approval letter will show exactly what price you can actually afford with your current budget or with the payment you desire to have.

Get More Information on the Home Buying and Loan Process

How to Buy a Home in the Coachella Valley